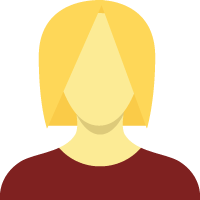 A few years ago, I realized that I was thinking about dental care all wrong. Instead of listening carefully to my dentist and making the necessary changes, I assumed that he was ultimately responsible for making sure that my teeth stayed healthy. Unfortunately, I developed a few serious cavities because I failed to properly brush and floss my teeth, and I knew that it was my fault. I decided to start taking notes at my dental checkups and carefully abiding by the dentist's orders. The difference was almost miraculous. This blog is all about working with your dentist to improve your result.

Working With My Dentist

Could Laser Dentistry Help You Overcome Your Fear Of The Drill?

Dental phobia is a common problem in the United States, and experts estimate that up to 15 percent of the American population avoids going to the dentist because of this fear. Dental phobia can occur for many reasons, but the dentist's drill is a common cause of anxiety. Learn how some dentists use lasers during treatment, and find out how this type of dentistry can help people with dental phobia get the treatment they need.

The problem with the drill

Of the 30 to 40 million people in the United States who have dental phobia, the dentist's drill is one of the most common dental anxiety triggers. Any dentist would probably happily tell you that there's no reason to fear this simple instrument, but that won't help millions of people overcome their phobia.

Some people fear the drill because they've already had a painful experience involving the instrument. In most cases, this occurs because the patient didn't have proper anesthesia., Other people just don't like the sound of the drill. In fact, many people with dental phobia simply can't cope with the feeling of vulnerability and lack of control.

Many American dentists started using lasers in 1994. The U.S. Food And Drug Administration has approved various laser devices for use during certain dental procedures, and patients are increasingly keen to understand how they can benefit from these new tools.

Lasers used during dentistry deliver a concentrated beam of light that can be used in various ways. A trained dentist can use a diode laser to cut or vaporize tissue. An erbium laser works on a different wavelength and can cut through hard or soft tissue. You can also use lasers to strengthen the bond between a tooth and a filling.

Benefits of laser dentistry for people with dental phobia

Laser dentistry offers several benefits to people with a dental phobia. Studies show that a dentist can often use a dental laser without applying any anesthetic. The light beam from a dental laser is more precise than a drill and, crucially, the tool does not cause the same vibration as a conventional dentist's drill. It's often this vibration that causes the patient's pain. Without the vibration, there's often no need for the anesthetic.

Another big difference between a drill and a laser is that the new technology doesn't make the same sound as its older counterpart. As such, people who have developed a strong phobia of the sound the drill makes are less likely to feel the same anxiety when a dentist uses a laser.

With a filling, it's often difficult for the dentist to avoid unnecessarily removing small particles of the tooth when he or she gets rid of decayed material with a drill. When using a laser, he or she can work more precisely, which means the tooth is often stronger and less likely to need follow-up work. Many people with dental phobia fear that the dentist will cause more damage, so the effectiveness of a laser is particularly welcome.

Laser dentistry continues to emerge as a popular alternative to the dentist's drill. This type of treatment isn't suitable in every case, but if you suffer with a drill phobia, you should talk to a dentist, like those at http://www.vfdental.com,  about the laser options available to you.